The challenge in this writ petition is to a deficiency memo dated 05.10.2020 issued by the 2nd respondent, the first appellate authority under the Tamil Nadu Goods and Services Tax Act, 2017 (in short ‘TNGST’) wherein, the appeal of the petitioner has been rejected on the ground that the Input Tax Credit (ITC) availed for various periods was ineligible. The appellate authority has instructed the petitioner to remit the amount due in order to have the appeal admitted.

The petitioner was holding GST Registration Certificate issued on 02.08.2018, effective 01.07.2017. A show-cause notice was issued by the first respondent assessing officer on 22.07.2019 calling upon the petitioner to show cause why the registration not be cancelled since the petitioner had not filed returns for a continuous period of six months. The non-filing of the returns is admitted. Thereafter, the registration came to be cancelled on 16.09.2019, which is also challenged by way of the present writ petition.

As far as the appeal is itself concerned, the petitioner has withdrawn the same and the appeal has been dismissed as withdrawn by order dated 08.04.2021 passed by R2.

The contention of the respondents herein that the revival of registration is conditional upon the petitioner satisfying tax dues and substantiating its claim of ITC is misconceived. What is sought for by the petitioner is revocation/revival of registration only, and in the guise of considering the application for revocation, the authorities cannot embark upon the process of assessment.

An assessment would have to be made by the authority in terms of Section 73 or other applicable provision after following the procedure set out therein, and it is only in the course thereof that the officer may consider and decide questions of leviability of tax and claim of the input tax credit.

The Order of the Hon’ble Court:

Thus to state that registration will not be revived since the petitioner has incorrectly availed of ITC would be putting the cart before the horse. In fact, it is seen that the petitioner has filed monthly returns as well as annual returns for the periods January 2017-18 to September 2019-20 and for financial years 2017-18 and 2018-19 and has also remitted late fee for the filing of belated returns. Thus, and these being the only conditions that are to be satisfied by the petitioner for grant of revocation of registration, I am of the view that the cancellation of the registration, in this case, is incorrect and improper.

Let the first respondent pass an order reviving the registration of the petitioner forthwith. Needless to say, the respondent is at liberty to take up matters of assessment thereafter, in accordance with the law.

Though no counter has been filed in this matter, Mr Jayaprathap would refer to a draft counter to state that the counter only reiterates the reasoning set out in the orders rejecting the application for revocation, being non-payment of tax dues and claim of the input tax credit.

This writ petition is allowed in the aforesaid terms. Connected miscellaneous petitions are closed. No costs. 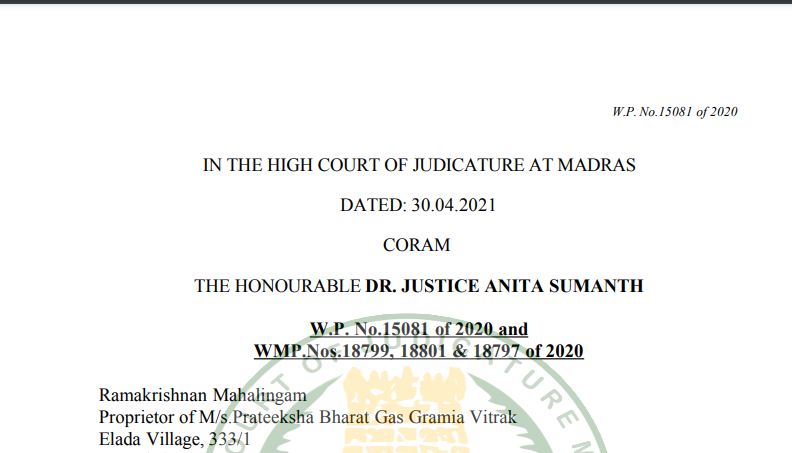 
Where to show Government Trademark Fees in GSTR-3B?