During the relevant time, the Government had announced concessions and exemptions for the import of steam coal. The petitioners’ classification of the imported goods as steam coal was accepted by the Customs authority and the goods were allowed to be cleared. While so, the Additional Director General, Directorate of Revenue Intelligence issued show cause notice dated 21.03.2013 under Section 28 of the Customs Act calling upon the petitioner to show cause as to why action should not be taken for misrepresentation of Bituminous coal as steam coal. The petitioner submitted their reply. Rejecting the stand taken by the petitioner, the impugned order dated 13.03.2014 came to be passed levying duty and penalty on the importer as well as the Managing Director of the importer company. Questioning the same, these writ petitions have been filed.

It is well known that when a statute directs that things be done in a certain way, it must be done in that way alone. As in this case, when the statute directs that the proper officer can determine duty not levied/not paid, it does not mean any proper officer but that proper officer alone. We find it completely impermissible to allow an officer, who has not passed the original order of assessment, to reopen the assessment on the grounds that the duty was not paid/not levied, by the original officer who had decided to clear the goods and who was competent and authorized to make the assessment. The nature of the power conferred by Section 28 (4) to recover duties which have escaped assessment is in the nature of an
administrative review of an act. The section must therefore be construed as conferring the power of such review on the same officer or his successor or any other officer who has been assigned the function of assessment. In other words, an officer who did the assessment could only undertake re-assessment [which is involved in Section 28 (4)].

The Decision of the Hon’ble Court:

It is obvious that the re-assessment and recovery of duties i.e. contemplated by Section 28(4) is by the same authority and not by any superior authority such as Appellate or Revisional Authority. It is, therefore, clear to us that the Additional Director General of DRI was not the proper officer to exercise the power under Section 28(4) and the initiation of the
recovery proceedings in the present case is without any jurisdiction and liable to be set aside.”

In the case also, the show cause notice was issued by the Additional Director General of DRI. The Hon’ble Supreme Court had held that he cannot be termed as “the proper officer”. Since the entire proceedings were initiated by an authority who lacked the jurisdiction, applying the aforesaid decision of the Hon’ble Supreme Court the order impugned in these writ petitions is quashed. The writ petitions are allowed. No costs. Consequently, connected miscellaneous petitions are closed. 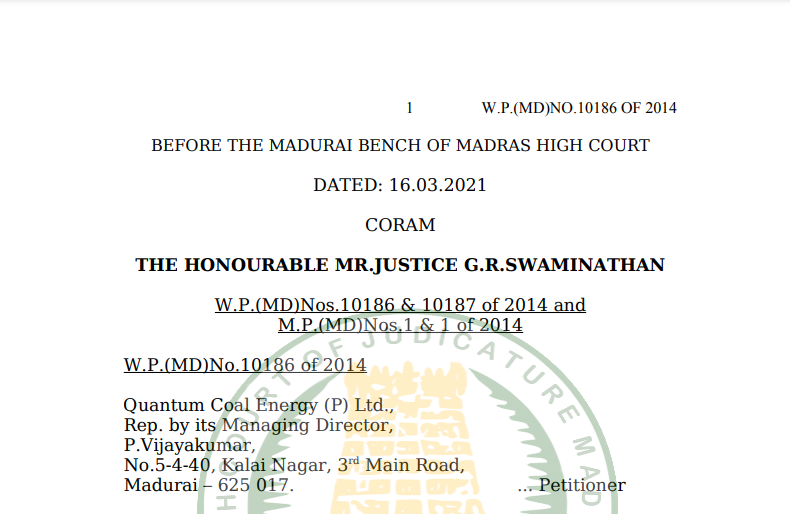