A. The most effective and lethal weapon used by the government against evasive tactics used by the assessee, to convert their unaccounted money in accounted one is section 68 of the Income Act 1961.

B. As per said section, it taxes any credit appearing in the books of an assessee, where the assessee is not able to or not satisfactorily able to explain the nature and source of such credit. It is a deeming fiction, which taxes credit as income
on unsatisfactory explanation about nature and source thereof and such fiction is applicable whether or not the credit is otherwise income chargeable to tax.

C. The initial onus is on the assessee to demonstrate the “nature and source” of the credit and when the same is discharged, the burden shifts onto the Department to prove that the credit is income chargeable to tax. It is now settled by various judgments that the term “nature and source of a sum found credited (The term ‘any sum found credited’ also takes under its sweep any sum credited as share capital, share premium or share application money or any such amount by whatever name called [Refer Sophia Finance Ltd – 205 ITR 98 (Del); CIT vs. Ruby Traders and Exporters Ltd. -263 ITR 300 (Cal); – CIT vs. Divine Leasing and Finance Pvt. Ltd. – 299 ITR 268 (Del)] would require an assessee to explain three things (ingredients) viz.

1. Identity of the creditor

2. The capacity of the creditor to advance money and

3. Genuineness of the transaction.

Facts of the case:-

1. The assessee company had received share capital and share premium totaling to Rs. 17.60 crores from 19 companies, of which, 6 were based in Mumbai, 11 in Kolkata, and 2 in Guwahati.

3. The assessment of the assessee company was reopened based on some information received from the investigation wing of the Department.

4. During the course of assessment proceedings, the assessee submitted that the share capital money was received through the banking channel and it submitted confirmations, income tax return acknowledgments, and bank accounts in respect of the investor companies.

5. The AO carried out a certain independent investigation into receipt of such share capital.

6. The AO issued summons to the investor companies, however, none appeared before the AO.

Summary of such investigation by the AO is stated hereunder:

9. As a result, the AO added such amount of share capital and share premium to the total income of the assessee u/s 68 of the Act, on the ground that none of the investor companies could justify such high premium, while some were found to be non-existent and that none of the companies produced bank statement to justify the source of their investment especially when the returned income of such investor companies was meager and none appeared before the AO.

10. CIT(A) and ITAT decided the issue in favor of the assessee on the ground that the onus laid down on the assessee was discharged as it had furnished confirmations, IT return acknowledgment with PAN of the investors and bank statement to show payment by banking channels.

11. The Hon’ble Delhi High Court did not entertain the appeal in view of factual issues being involved.

12. The Department carried the matter to the Hon’ble Apex Court. None appeared on behalf of the assessee before the Court in spite of serving the notice.

E. General findings given by the Court are brought out hereunder:

1. Section 68 of the Act would cover within its ambit credit in the nature of share capital and share premium.

2. The initial onus is on the assessee to establish the identity of the person, creditworthiness of the person in the sense of financial capacity, and the genuineness of the transaction, as the facts are within the exclusive knowledge of the assessee. If the onus is not discharged to the satisfaction of the AO, then the amount of credit would be treated as income without anything further to be done.

4. The practice of conversion of the cloak of unaccounted money into share premium must be subjected to careful scrutiny particularly in case of the private placement of shares where the higher onus is required since the information is within the personal knowledge of the assessee.

5. The above were the general findings of the Court. The Court also gave findings which were specific to the facts of the case before them as under:

a) AO’s detailed inquiry revealed that there was no material on record to prove that share application money was received from independent legal entities as some of the companies were found to be non-existent and had no office at the address mentioned. Since, the companies were non-existent, the onus to establish the identity was held to be not discharged.

b) Some companies did not appear nor did they produce the bank statement to substantiate the source of the funds.

c) Investor companies had filed a return with negligible income, therefore, there was no financial capacity with the investor to invest a huge amount of about Rs. 90 lakh. Thus, in the facts of the case, the Court held that the investor had to explain how they had invested such huge sums of money. As a result, the Court held that the onus to establish the creditworthiness was not discharged.

d) No explanation was offered by the investor as to charging of high premium.

e) As a result of the above discrepancies, the genuineness was found to be doubtful

f) In the light of the above averred general and specific findings, the Court restored the addition made by the AO.

Points to be noted:-

1) The Tribunal in the case of NRA Iron and Steel Pvt. Ltd. (ITA.No.3611/Del./2014), while deciding in favor of the assessee had relied upon the judgment of the co-ordinate bench of the Tribunal – [ACIT vs. M/s. Adamine Construction Pvt. Ltd. -ITA No. 6175/Del/2013] wherein identical issues were involved, in fact, few of the investor companies were also common.

3) Ironically, one of the judges in both cases is common. 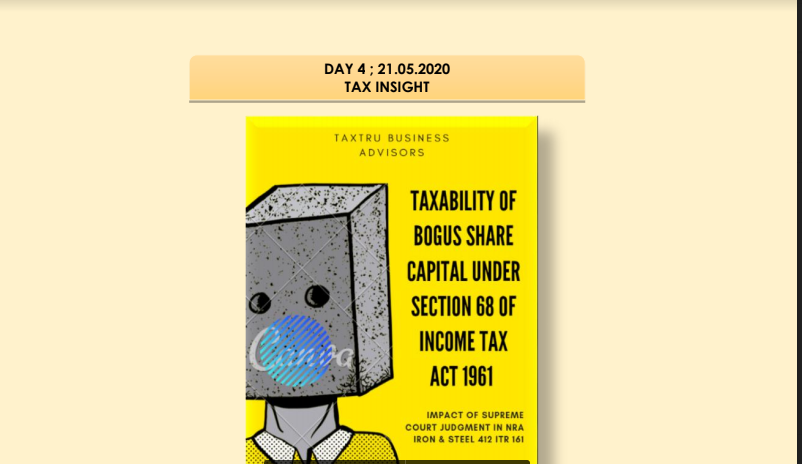