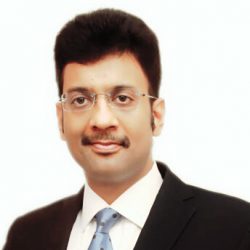 Mr. Mohit Gupta is a Fellow Member of the Institute of Chartered Accountants of India, a commerce graduate from prestigious Ramjas College, Delhi University, and alumni of St. Xavier’s School, New Delhi. He is practicing as a Chartered Accountant for more than 15 years and managing the Direct Tax Advisory and Litigation practice of M/s. Dhanesh Gupta & Co., Chartered Accountants, New Delhi a renowned Chartered Accountancy firm in the core domain of direct taxation established in 1978. He forte is handing Income Tax Search and Seizure matters, matters before the Income Tax Settlement Commission and other direct tax litigation matters. As of today, he has wide experience in handling Income Tax Search and Seizure Cases, representing matters before the Income Tax Settlement Commission, ITAT, and other appellate tribunals. He has been contributing articles in various professional magazines/journals and addressing various seminars on topics relating to Income Tax Search and Seizure, Income Tax Settlement Commission, and other allied tax matters. He has to his credit plethora of well-researched articles out of which many have appeared in leading journals. In Addition to the above, Mr. Mohit Gupta is a Special Auditor of the Income Tax Department and has carried out numerous Special Audits across the country on being appointed by the Income Tax Department which have plugged tax evasions, tax base erosion, and other tax manipulative practices and in turn, facilitated the Income Tax Department to collect huge tax revenues. Mr. Mohit Gupta has also been appointed as Special Auditor under other tax statutes and by other Investigation Agencies of the Government of India. Mr. Mohit Gupta, authored the periodical Newsletter on Income Tax Search and Seizure. The said newsletter contained well-researched write-ups/articles and judicial developments on the matters of Direct Taxation. The newsletter was circulated both electronically and otherwise. Recently, in the year 2016, Mr. Mohit Gupta has authored two comprehensive books on the Income Declaration Scheme’2016, titled as “Law Relating to Income Declaration Scheme’2016”. His books provided at one place the entire gamut of the Law relating the Income Declaration Scheme ‘2016 and set to rest all the queries that arose before, during, and after the course of making the declaration under the Income Declaration Scheme’2016. The books received an extremely overwhelming response from the readers including the proposed taxpayers, tax administration, tax professionals, corporate houses, and academicians. The said books were released by erstwhile Hon’ble Union Finance Minister, Shri. Arun Jaitley, Shri.Arjun Ram Meghwal, Minister of State for Finance and the Chairman of Central Board of Direct Taxes and many other dignitaries. Due to his continuous desire to always rise on the learning curve, he always has a quest and quenches to read more, learn more, and perform even more.

No Packages Added by CA Mohit Gupta. Send a Hire request instead...