It is pertinent to point out that when W.P.(C.) No. 5454/2020 was listed before this Court for the first time on 20th August 2020, Mr. Chetan Sharma, learned Additional Solicitor General had fairly stated that in a similar matter the Supreme Court had directed that no coercive action be taken against the petitioner therein. On the basis of the said statement, this Court had granted interim protection to the petitioner. The relevant portion of the order dated 20th August 2020 passed by this Court in W.P.(C.) No. 5454/2020 is reproduced hereinbelow:-

“Present writ petition has been filed seeking a declaration that Sections 69 and 132 of the CGST Act, 2017 are arbitrary, unreasonable and being beyond the legislative competence of the Parliament are ultra vires the Constitution.

Mr.Chetan Sharma, learned ASG candidly states that the Supreme Court in a similar case being W.P.(Crl.) No.184/2020 has issued notice and directed that no coercive action be taken against the petitioner therein.

Keeping in view the aforesaid order, it is directed that, till further orders, bail of the petitioner shall not be cancelled in the present case.”

This Court is of the view that the allegation that a tax collection mechanism has been converted into a disbursement mechanism most certainly requires investigation. Accordingly, this Court is not inclined to interfere with the investigation at this stage and that too in writ proceedings. At the same time, innocent persons cannot be arrested or harassed. This Court has no doubt that the trial court while considering the bail or remand or cancellation of bail application, ‘will separate the wheat from the chaff‟ and will ensure that no innocent person against whom baseless allegations have been made is remanded to police/judicial custody.

It is clarified that the observations made herein are prima facie and shall not prejudice either of the parties at the stage of final arguments of the present writ petitions or in the proceedings for interim protection.

List before regular roster Bench on the date already fixed. 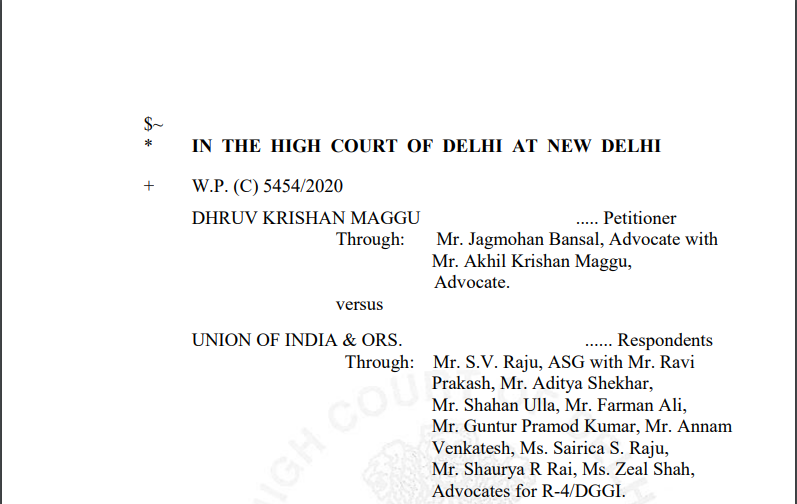