Petitioner has entered into a contract with one of its customers situated in Iraq for the supply of oil. In order to carry on such a transaction, a bank guarantee is required to be furnished to its customer. The India bank of the petitioner does not have any direct relation with banks located in Iraq and therefore it engaged two foreign banks who further had relations with Trade Bank of Iraq which is also a bank of petitioner’s customer. The department of revenue intends to tax the services of foreign banks as well as trade bank Iraq as the services received by the petitioner according to the place of supply rules by considering them as intermediary services. However, the petitioner contended that he is not the direct recipient of such services rather it’s his Indian bank who engaged services of foreign banks in order to carry out this transaction, and thus his Indian bank is liable to pay tax. References have been made to the Trade notice issued by Commissioner, service tax, Mumbai wherein such intermediary services are taxable in the hands of Indian bank. 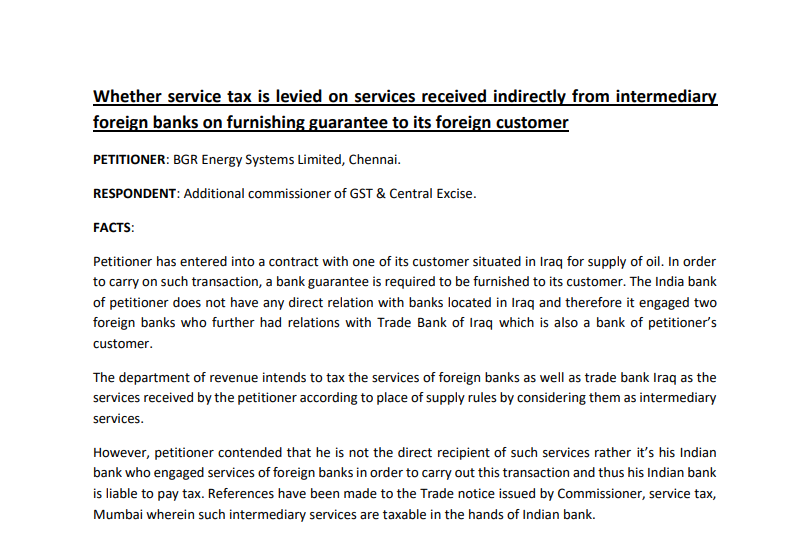 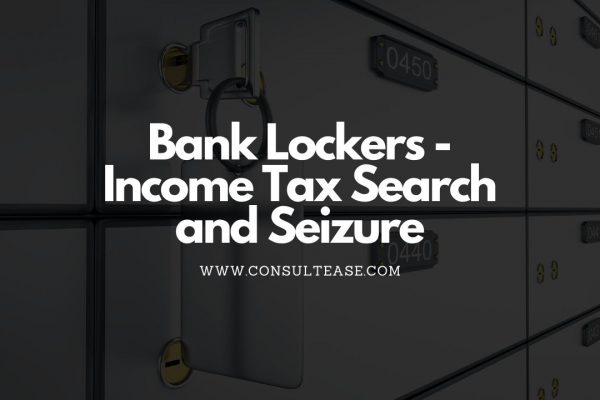 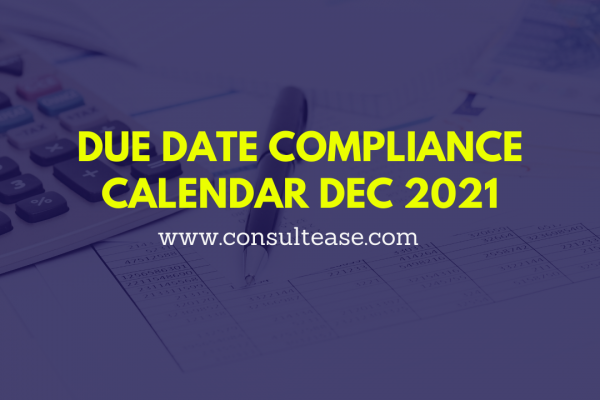 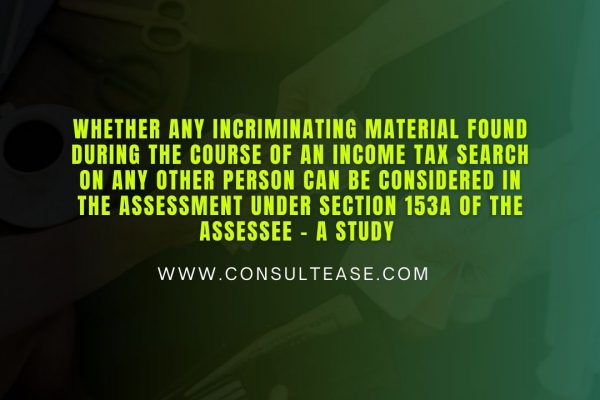