Bhargava Motors Vs Union of India

Bhargava Motors Vs Union of India

Petitioner has accumulated excise credit as on 30.06.2017 which is required to be carried forward under the GST regime by the filing of TRAN 1. Petitioner contended that he has duly filed and submitted the said form within the due date prescribed but the amount of credit claimed has not been credited to his e-credit ledger due to technical glitches. Against which respondent claimed that a registered person can always review the amount in credit ledger by login onto the portal but petitioner deliberately did not file the form. 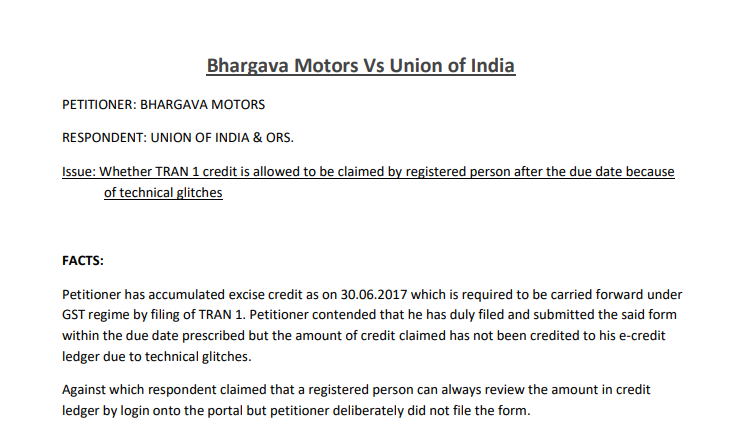