Ngakyaw ate it, but it was Ngakyi who had to pay.”

[From “Hill Proverbs of the Inhabitants of the Chitagong Hill Tracks’ by Capt. Thomas Herbert Lewin]

In Part-I, we have already had a brief look at the 4 (four) conditions prescribed in clauses (a) to (d) of S.16(2) of the CGST Act, 2017 which a taxpayer is required to fulfill so as to be eligible to ITC. [A new condition prescribed by clause (aa) inserted in S.16(2) by the Finance Act, 2021 has not been referred to and will be separately discussed later.] It is in the context of the condition prescribed at clause (c) of S.16(2) that one needs to analyze the provisions relating to FORM GSTR-2A, Rule 36(4), and FORM GSTR-2B and understand their implications.

FORM GSTR-2A – A facility that turned into a liability!

Every registered taxpayer [other than those excluded vide S. 37(1)] is required, in terms of S.37 of the CGST Act, 2017 read with R.59(1) of the CGST Rules, 2017, to file a return in FORM GSTR-1 containing the details of outward supplies of goods or services or both effected during a tax period on or before the due date. The (unamended) R.59(3), inter alia, provided that the details of outward supplies furnished by the supplier shall be made available electronically to the registered persons (recipients) concerned, in PART-A of FORM GSTR-2A, through the common portal after the due date of filing of FORM GSTR-1.

For the uninitiated, it may be pointed out here that contrary to the popular perception, ‘FORM GSTR2A’ was always in vogue from the beginning i.e. from July 01, 2017, in terms of R.59(3) of the CGST Rules, 2017. What is, however, important is that there never was any responsibility on the taxpayers to file FORM GSTR-2A nor was it even conceptually envisaged by the lawmakers. The details in the FORM GSTR-2A were being auto-populated on the basis of the FORM GSTR-1 filed by the taxpayers (suppliers) and through the GSTN Portal, which were being made available electronically to the recipients for their information and verification.

However, even though FORM GSTR-2A was always being generated on the Common Portal since the inception of GST law, it had hardly caught the attention of the taxpayers. Compared to the number of registered taxpayers, a very meager number of taxpayers was referring to FORM GSTR-2A and a large number of taxpayers were oblivious or indifferent to its existence. It was only with the introduction of sub-rule (4) in R.36 of the CGST Rules, 2017 vide Not. No. 49/2019-CT dt. 09.10.2019 w.e.f. 09.10.2019 that ‘FORM GSTR-2A’ suddenly became an all-important FORM and the ‘talk of the town’! The moot question that arises is “Whether the benefit of ITC can be denied to a taxpayer (recipient) in respect of any supplies, the details of which are not reflected in FORM GSTR-2A?”

Let us analyze the legal position concerning this issue.

As stated above, no responsibility whatsoever is cast upon the taxpayer to file FORM GSTR-2A nor has the same been envisaged by the lawmakers. The purpose of FORM GSTR-2A need not be spelled out in detail. It was merely a facilitating mechanism enabling the taxpayers (recipients) to verify whether the details of supplies obtained by them during the relevant tax period had been declared by the supplier via FORM GSTR-1 or not. In case the details of any outward supplies were not visible in FORM GSTR-2A, it only raised a presumption that the supplier concerned had not uploaded the details in FORM GSTR-1 and might not have discharged the tax liability thereon. The recipient taxpayer then could take up the matter with the supplier concerned so as to protect his right to ITC on the relevant supplies. Further, FORM GSTR-2A is not a ‘Return’ but merely a ‘Statement’ generated by the System based on the details of outward supplies declared in FORM GSTR-1 by the supplier. (In hindsight, one may even feel that ‘R’ that means ‘Return’ is a misnomer in the description of ‘ FORM GSTR-2A’ as it is not a ‘Return ‘ at all!)

Not only this, but on a closer examination of the statutory provisions, one will observe that ‘FORM GSTR-2A’ as such has no legal backing or recognition either under S. 37 or any other provisions of the CGST Act, 2017. Moreover, FORM GSTR-2A is admittedly a “Dynamic Form” and the details reflected therein are subject to change on a continuous basis.

The above being the legal position, it is absolutely illegal to deny the benefit of ITC to a taxpayer (Recipient) in respect of a supply received by him merely on the ground that the details of the said supply are not reflected in FORM GSTR-2A for the relevant period. Unfortunately, the Departmental officers, and in particular, the Audit Officers, are on the rampage and are raising the demands towards ITC availed by the taxpayers, solely on the basis of the non-availability of the details of outward supplies in FORM GSTR-2A! The demands so raised are undisputedly arbitrary and without the authority of law. It may be stated here that in case the details of any outward supplies made by a taxpayer (supplier) during the relevant tax period are not visible in FORM GSTR-2A, it can only be a ‘wake-up call’ for both, the tax officers and the taxpayers concerned and a valid reason for them to undertake an immediate verification of the factual position at the erring supplier’s end. However, without undertaking such verification and investigation, the Department cannot adopt a short and convenient route of denying ITC on the relevant supply to the recipient taxpayer, in total disregard of statutory provisions and all judicial norms.

To sum up, FORM GSTR-2A is a system-generated statement, the purpose of which is to keep the recipient-taxpayer on the vigil and facilitate verification by him, if the circumstances so necessitate, of the factual and legal position in respect of any supply received by him where the supplier concerned seems to have erred or defaulted.

This facilitating provision cannot and should not become a curse for the taxpayers! 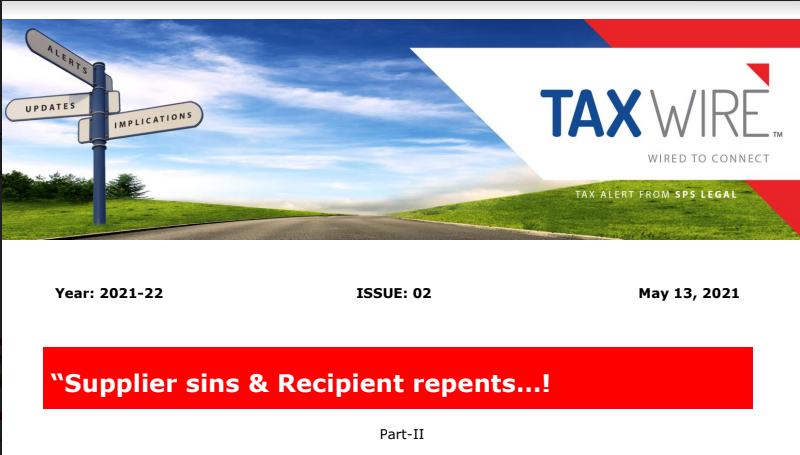 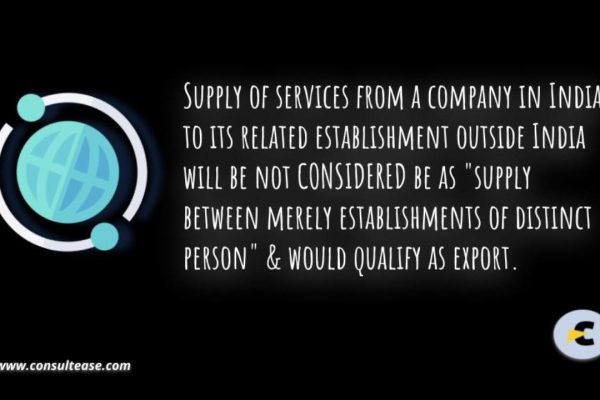 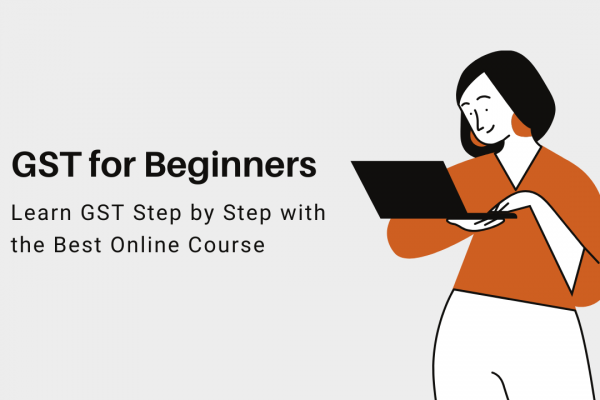 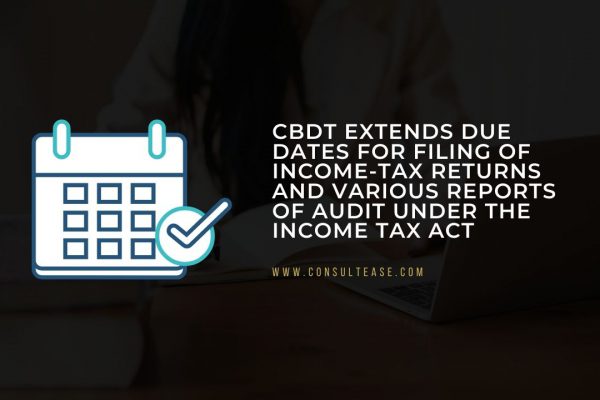 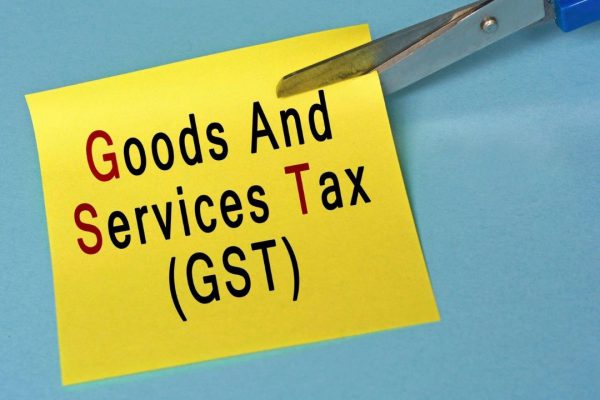 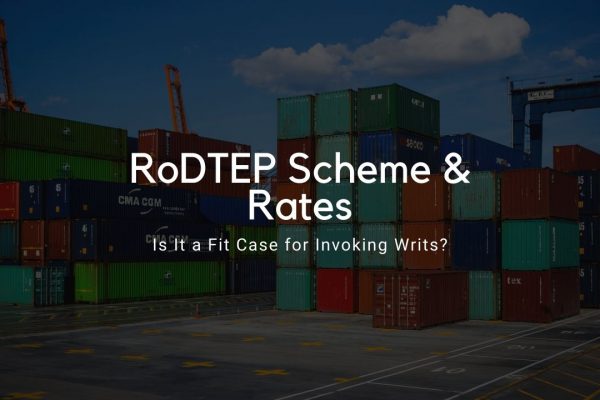 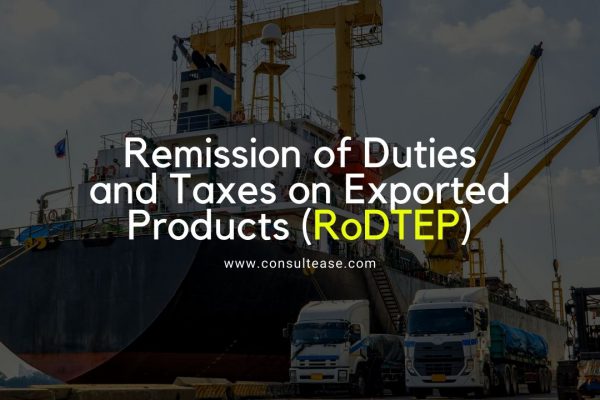 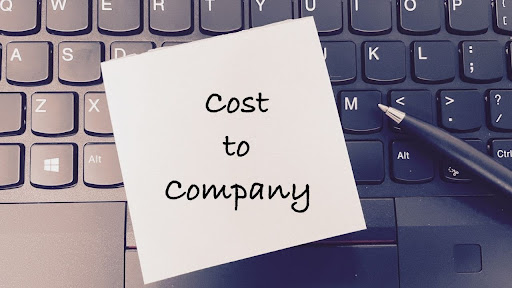