GST JOURNEY started way back in 2008, came to an end when 122nd Constitutional Amendment was adopted in India paving the way for goods and service tax regime in India – touted as the most important indirect tax reform in independent India.  Could not agree more?

Empowered Committee has been holding meetings in various beautiful locations in the country with politicians, perhaps without adequate knowledge about tax laws attended such meetings for an hour or so and then went site seeing.  The unending journey of GST culminated in a model GST Law which to say the least “was a very mediocre work”.  This showed expertise and lack of foresight.

With the Centre holding a major tax chunk over the years – income tax, excise, customs duty etc – the performance to say the least has been “sub-optimal”.  India could produce only just 70000 individual taxpayers who declare a taxable income of over 1 crore?  I think this is the “joke” we all have enjoyed over the years.
States have been far more efficient in tax-resource mobilization than the Centre – my legal experience suggests.  The “walk in” revenue that the Centre has been collecting from excise duties; customs duties and service tax may have provided a “feel good” factor qua the low revenue targets fixed; the States showed more growth; more expenditure and enforced their laws, in my view, more seriously than the Centre.  Look at the litigation that has been pending in customs; excise and service and refunds worth thousands of crores must be in litigation.

“GST COUNCIL” so far has not achieved anything except “exemption limit” and there too we lawyers have unending stream of questions.

Few challenges before the GST Council that need to be debated and sorted out, in My Take view are as follows:

The States have serious disagreements on tax rates band as well as the items that may be put in each category.  States was another slab now i.e. 0, 4,12,18 and 26 and beyond this perhaps a 40 percent category.  States are keen to be seen as taxing the rich so that their “vote bank of poor” remains in tact.  Centre too wants it but by way of “cess route”.  The chaos is not because of tax rates; but no research done by any of the parties to GST Regime.  The “feel good” factor of GST as an all pervasive growth tool and GDP multiplier has now burst when the “reality check” is to be put in place.  My Take is that if tax rates are stretched still higher; then GST revenue will come down as “black sheet” shall make serious attempts to not to pay taxes.  And, believe me it is not difficult in GST Regime especially when the production or manufacturing or service providing and their consumption is in the same State.   With States carving for 5 GST rates on goods; 3 service tax rates and then further a Cess proposed by the Centre, “GST Regime” will not be highly flawed but will provide a tool to the unscrupulous businessmen to “make merry” in the initial phase of GST implementation.  It happened all over the world and it will happen in India too.

It is asserted than 50 percent of the items in CPI basket shall be out of GST?  Why?  The more items are kept out of GST; the higher shall be tax rates for the balance 50 percent CPI linked items.  Higher the tax rates, higher the chances of hyper -inflation.  GST does not visualize exemptions at such a large scale and My Take is that it should not be resorted.  Let the Government and States be pragmatic and business like in dealing with GST Regime. Above all keeping Petroleum and Liquor out of GST; keeping electricity out of GST and other such items and “zero rating” only Exports, is not helping the cause any ways.  The so called “demerit goods or Sin goods” are actually the bread earners for the tax regimes in the country.

Not only the BIMARU States but also other States gain in this principle as long as they import goods into their States for “consumption” by State residents; businessmen and their manufacturing units.  But there shall be outgo as well.  For example in Bihar there are biggest steel units of TATA and IISCO; Cement Factory on Bangur; Indian Oil Petroleum refinery?  When they sell or stock transfer the goods, would the tax not go out to the other States?  More so, if the goods are stock transferred into the State?  No doubt stock transfers are deemed supplies and are not exempt?  But what tax shall be transferred to the consuming States when the companies stock transfer?  It is not the IGST they charge on their stock transfer documents; but the actual “tax paid” on such stock transfers i.e. minus the input tax credit by way of CGST or SGST or IGST or Import IGST.?  All such taxes incurred by the manufacturing units shall have to be factored in before net tax to be transferred to the consuming States could be worked out?  We did not see any such law in Model GSTL?  May be in Rules; but a really difficult task.  Similarly when Bihar Units stock transfer out, the tax will go out to other States.  In other words the States must research and study the “net balancing act” between taxes in and tax out of the State.  These are complicated issues and Courts will deal with it if the legal principles are not made “simple”.

Some experts feel more than 70 percent of excisable goods are on MRP based principle i.e. MRP as per their price list minus the abatement i.e. between 25 to 40- percent.  Cement; medicines; etc; IT products etc. are items under this regime.  With GST law recognizing transaction value; MRP issues go away.  Now the industry shall actually put the transaction value that may be almost 60 percent of the MRP based prices as of now.  The tax will then be paid on such values.  Today when we see paints, electrical, hardware, glass and other such industries; heavy discounts are offered i.e. the RSP could be 50 percent of MRP.  The “hidden impact” of such a strategy has to be appreciated and comprehended by all the stake -holders.

We all know textile markets operate with no tax basis.  The unaccounted grey market is too large.  MY TAKE feels taxing such a market, that must be taxed by the Centre in view of loss of excise duty etc, means huge undercurrent and protests.  The stocks that the dealers must be holding worth thousands of crores will now be taxed when sold without a corresponding input tax credit.  The unorganized garments manufacturing that goes unabated in the country will now feel the heat.  Though they might get input tax credit for the fabric they buy for manufacturing garments, but now they must declare their transactions in the books and suffer income tax liabilities and consequences.  Then, will GST help such industries or will such dealers continue to defy tax laws; some how

It is difficult to comprehend as to how States agreed to a flat 14 percent growth with base year 2015-16; (why not 2016-17)?  Many States are registering a growth of over 20 percent in their tax collections? Bihar is one example where it is understood the growth is 22 percent.  And this base is exclusive of all the products that are outside the GST?   And this will now include, post GST, the destination based GST share that is transferred to States i.e. IGST.  Here is a big catch.  “The tax that will be transferred to States is the net tax paid by the units situated outside the destination States who transfer or sell the goods to the destination States i.e. the tax paid shall be minus the input tax credits of CGST, IGST and SGST as the case may be?” GSTL has no such mechanisms in place so far?  Will GSTN be able to create a software for such complicated mechanism?  Will the GST share be transferred to destination States based on the turnover booked or based on tax actually paid by the dispatching State’s dealer?  Well, seems quite complicated and MY TAKE feels there is no clarity for this.

Once the interstate transactions are completed and goods land at the destination receiving State; MY TAKE feels it will be quite a task for the States to further track the value additions made in the State and bring the same to tax?  Further, the gross value shall be the actual transaction value and not MRP based prices?

States are not going to agree with just 1.5 crore jurisdiction exclusively for dealers with both goods and services.  It is now clear.  MY TAKE feels there is no logic to bifurcate jurisdictions with value limits except that 1.5 crore exclusively to States offers carrot, without a stick, to the States to impose GST.  How will the balance dealers be treated?  For enforcement; for audit; for assessments; for special assessments; for prosecution and for many other statutory reasons – the way out has to be found out if GST is to see the light of the day.  Centre is not a big brother for indirect taxes.  States officers have done a tremendous job in stabilizing the indirect sales tax systems in the States over many decades.  Notwithstanding the oft-repeated 5 percent limit for enforcement and audit purposes, in practice, we all know what will happen?  Let the GST Council find out a way before it is too late.

There has to be a well informed team of legislation drafters who must study all the draft laws put up for finalization; who must examine all the procedural rules and formats to be included in GST Law; GSTN is not an authority for formulating the laws.  The model GSTL was a very loosely drafted law.  If the law is not properly drafted; the Courts may strike down the provisions that are not satisfying the Constitutional provisions?

MY TAKE feels that the GST Regime cannot be brought into the country based on only “feel good” factor.  The feel good factor has already lost it shine with GST Council not making much head way.  In the coming all important meeting the debate has to be pragmatic and real; no yes men type discussions will help the GST Regime?  Politics cannot overpower pragmatism?  Reality check must happen; otherwise people might feel whether GST is a myth or a reality?

With more than 75 percent trading economy being cash economy; it will take quite an effort to convert this cash economy to a cash less economy to realize GST on value addition? 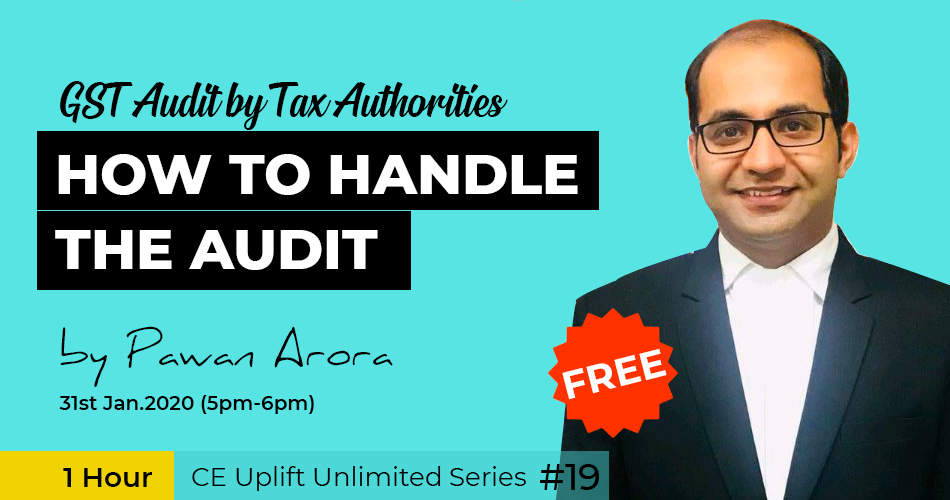