The newly proposed Section 194R of the Income Tax Act in its present form would be a big compliance challenge for businesses as there are multiple types of perquisites & benefits that are extended to their dealers/ distributors/agents/ channel partners etc with the objective of incentivizing and motivating them for the growth of business in the form of Travel packages/ Gift Cards/ Gift vouchers/ Gold Coins/ etc.

Finance Bill 2022 has proposed to insert Section 194R in the Income Tax Act, 1961 with effect from 1st July 2022. Hon’ble Finance Minister in her budget speech has stated while introducing this provision that “It has been noticed that as a business promotion strategy, there is a tendency on businesses to pass on benefits to their agents. Such benefits are taxable in the hands of the agents. In order to track such transactions, I propose to provide for a tax deduction by the person giving benefits, if the aggregate value of such benefits exceeds Rs.20,000 during the financial year.”

As per the memorandum explaining the Finance Bill, the following has been stated regarding the proposed section:

As per clause (iv) of section 28 of the Act, the value of any benefit or perquisite, whether convertible into money or not, arising from business or exercise of profession is to be charged as business income in the hands of the recipient of such benefit or perquisite. In many cases, such recipient does not report the receipt of benefits in their return of income, leading to the furnishing of incorrect particulars of income. This amendment will take effect from 1st July 2022.

We understand from the above that the provision for deduction of tax at source is being inserted to put in place a mechanism to capture and detect such perquisites/ benefits which have largely remained unaccounted and thus untaxed despite there being a specific taxing provision due to their sheer nature.

For complying with the provisions of this section, the taxpayers have to ensure the followings:

Indian government releases clarification in respect of the restrictive interpretation of the most-favored-nation (MFN) clause.

OUR COMMENTS: India’s DTAAs with certain countries have an MFN clause which provides that if, after the signature/entry into force of those DTAAs, India enters into a DTAA on a later date with another OECD member country, providing a beneficial rate of the restrictive scope of taxation of dividends, interest, royalties, etc., then a similar benefit should be accorded under the former DTAAs.

Illustratively, DTAAs signed subsequently by India with countries like Slovenia, Colombia and Lithuania provide for a lower withholding tax (WHT) rate of 5% for dividends, subject to certain conditions. However, these countries were not OECD members when their respective DTAAs with India was entered into but became OECD members only at a later date. There was a lack of judicial guidance on whether the beneficial WHT rate on dividends under the DTAAs with Slovenia, Lithuania, and Colombia could be applied to other DTAAs which have an MFN clause. A Court ruling5 interpreted the MFN provisions in favor of the taxpayer, granting the benefit of the lower WHT rate, and this ruling was subsequently followed by various other Indian Courts.

The Circular clarifies India’s position on the interpretation of the MFN clause present in the Protocol to India’s DTAAs, especially with certain European states and OECD member countries, as follows:

The Circular clarifies that the benefit of a lower rate and restricted scope under the MFN clause will be provided only when all the following conditions are satisfied cumulatively:

However, it is also clarified that the Circular will not be applicable to taxpayers that have received a favorable decision by any court on this issue.

BRIEF: Refund withheld on the ground that since drawback is claimed at a higher rate of refund of the petitioner, the same cannot be sanctioned under Section 54 of the Central Goods and Service Tax Act, 2017 – inadvertently the Custom House Agent (CHA) failed to disclose the details of IGST paid of ₹ 17,30,468/.

JUDGEMENT: The provision of Section 54 of the CGST Act read with Section 16 of IGST Act after the goods are exported, the shipping bills are treated as the application of refund of IGST paid in regard to the export goods and the respondents are required to refund the amount of IGST to the petitioner. In the matter on hand, the exports had been made in September 2017, the refund has not been made available. It is though the contention raised by the respondents of the rate of higher and lower duty drawback, though is of 2% in the instant case, the Circular No. 37 of 2018 dated 09.10.2018 is applicable and the exporters, who had availed the option to take drawback at a higher rate in case of IGST refund will need to punch accordingly in the EDI system and the mistake, which has been made by the petitioner in relation to the three bills where the refunds have not been given, the EDI system itself has not allowed the IGST refund.

The hon’ble Gujrat High Court is in complete disagreement with the respondents as not only the petitioner in subsequent correspondence with the respondents has made it completely clear that in the case of these exports the higher duty drawback and the lower duty drawback are the same, the case is covered by the decision of this Court rendered in case of M/S AMIT COTTON INDUSTRIES THROUGH PARTNER, VELJIBHAI VIRJIBHAI RANIPA VERSUS PRINCIPAL COMMISSIONER OF CUSTOMS [2019 (7) TMI 472 – GUJARAT HIGH COURT] where the Court in detailed has discussed this very issue and held that respondents are directed to immediately sanction the refund of the IGST paid in regard to the goods exported, i.e. ‘zero-rated supplies’, with 7% simple interest from the date of the shipping bills till the date of actual refund.

As the issue raised before this Court is identical, no separate or independent discussion would be necessary to be made before this Court. Therefore, the request for a refund so far as the three shipping bills are concerned will need to be permitted. The respondent authority is required to sanction the refund of IGST paid in regard to the goods exported i.e. zero-rated supplies made vide these three Shipping Bills No.8465051, 8459617, and 8455069 dated 05.09.2017, 05.09.2017, and 14.09.2017 respectively.

The decision in the case of Amit Cotton Industries has been delivered on 27.06.2019. The representation had been made by the petitioner in May 2019 and the last one before this petition has been filed, was on 03.02.2021, when this decision had already become final. Assuming that there was nothing in respect of the interest so far as the IGST refund of the said shipping bills was concerned, it could have granted the same knowing fully well that the issue has been covered, the respondents have chosen not to abide by the decision – Considering the fact that the sanction of the refund towards the IGST paid in respect of the goods exported i.e. “zero-rated supplies”, vide the shipping bills ought to have been completed as the two circumstances provided in sub-clauses (a) & (b) of Clause (4) of Rule 96 of Rules, 2017 do not exist. The shipping bills, as per Rule 96, exporter once file are deemed to be an application for refund of integrated tax paid on the exports of goods and withholding of the same is made permissible under Rule 96 (4) when read with Section 54 as specified in the said decision of Amit Cotton Industries.

The notional amount of protection sold by FPIs, and the debt instruments received as a deliverable obligation as well as debt instruments purchased for meeting deliverable obligation by FPIs in physical settlement of CDS contracts shall not be subject to minimum residual maturity requirement / short-term limit, concentration limit or single/group investor-wise limits applicable to FPI investment in corporate bonds as specified in paragraphs 4(b), (e) and (f) respectively of A.P. (DIR Series) Circular No. 31 dated June 15, 2018.

These Directions shall come into effect from May 09, 2022.

Authorised Persons may bring the contents of this circular to the notice of their constituents and customers concerned.

The directions contained in this circular have been issued under sections 10(4) and 11(1) of the Foreign Exchange Management Act, 1999 (42 of 1999) and are without prejudice to permissions/approval, if any, required under any other law.

OUR COMMENTS: The Central Board of Indirect Taxes and Customs hereby determines that the rate of exchange of conversion of each of the foreign currencies specified in column (2) of each of Schedule I and Schedule II annexed hereto, into Indian currency or vice versa, shall, with effect from 4th February 2022, be the rate mentioned against it in the corresponding entry in column (3) thereof, for the purpose of the said section, relating to imported and export goods.

OUR COMMENTS: The Hon’ble Supreme Court in the Writ Petition No. 13029/1985 vide its order dated 9th October 2018, has decreed that the import of raw material for use as Calcined Pet Coke (CPC) in the Aluminum Industry cannot exceed 0.5 Million MT per annum in total. Similarly, the import of Raw Pet Coke for the CPC manufacturing industry cannot exceed 1.4 Million MT per annum. In light of the Order of the Hon’ble Supreme Court, the import policy condition of Pet Coke was amended vide Notification No. 42 dated 23rd October 2018 wherein it had been indicated that the regulation and monitoring of such imports will be as per the guidelines of the Ministry of Environment, Forest and Climate Change.

Conditions and modalities of application for import of Pet coke.

Effect of this Public Notice:

The procedure for allocation of quota for import of (i) Calcined Pet Coke for use in Aluminum Industry; and (ii) Raw Pet Coke for CPC manufacturing industry for the year 2022-2023 is notified. 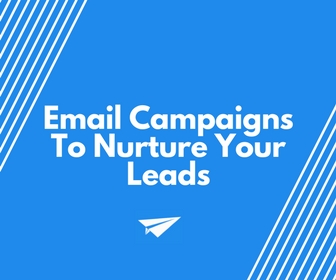