Topics to be covered

There can be no doubt that Prime Minister Narendra Modi’s call to scale up exports to $400 billion this year helped expedite the disentangling of inter-ministerial red tape over the RoDTEP scheme.

A new foreign trade policy, a couple  of  smaller  export-related schemes and a mechanism to  fork out the last two  years’ pending dues under the earlier export incentive programme are expected by September. This urgency must not be lost.

Having opted out of RCEP, India is looking to re-ignite free trade pact negotiations with Australia, the U.K., the EU and the U.S.

Even as export subsidies violate the WTO’s rules, a limited exception was made for specified developing countries that may continue  to  provide  export  subsidies  temporarily  until  they reach a defined economic benchmark of $1,000 per capita gross national income (GNI).

Further, developing countries that had a GNI of over $1,000 per capita at the time when the WTO was set up in  1995,  were allowed eight years to wind up their export promotion schemes.

India’s GNI being below the $1,000 per capita-mark, it initially availed of the exemption from no export subsidy obligation.

But in 2015, it surpassed the threshold, thereby pushing it into the “no-exemption” zone.

India had ample opportunity to plan. It had 20 years available (1995 to  2015) to get adjusted to a WTO-compatible scenario. That was not done and when the O­ day arrived, it wanted more time, which was a totally illogical move.

The leeway to withdraw subsisting export subsidies within the eight- year time frame was meant for those  developing countries which in 1995 had  GNI in excess of $1,000 per capita. It can’t be availed by India which falls in a  different category.

At its meeting on 28 May 2018, the DSB established a panel. Brazil, Canada, China, Egypt, the European Union, Japan, Kazakhstan, Korea, the Russian Federation, Sri Lanka, Chinese Taipei, and Thailand reserved their third-party rights.

On 3 December 2018, the Chair of the panel informed the DSB that the beginning of the panel’s work had been delayed as a result of a lack of available resources in the Secretariat and that the panel expected to issue its final report to the parties not before the second quarter of 2019.

On  31 October 2019, the panel report was circulated to Members.

Related Topic:
RoDTEP Scheme & Rates: Is It a Fit Case for Invoking Writs?

The Panel recommended that India withdraw

But, On 19 November 2019, India notified the DSB of its decision to appeal to the Appellate Body certain issues of law and legal interpretations in the panel report.

Ineligible Supplies/ Items/Categories under the Scheme

Points to be Noted 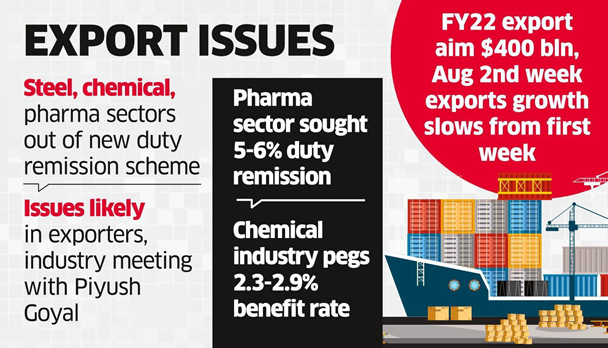 Disappointed with the rate! What to do now? 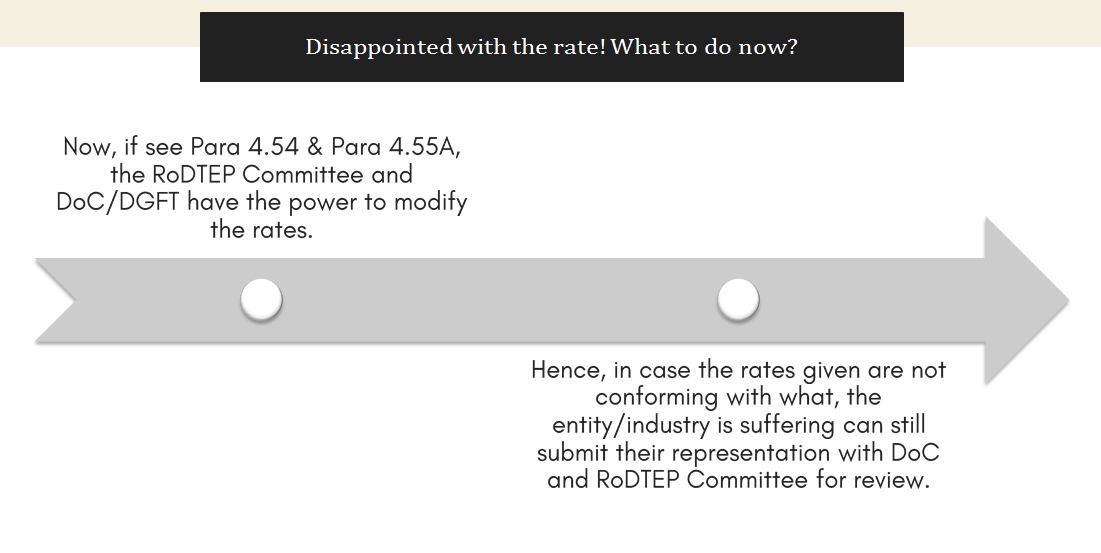