By way of the present petition, the petitioner seeks to challenge a communication dated 25.11.2020/01.12.2020 (Annexure-9 to the writ petition), by which the bank account of the petitioner in the respondent no.3-Bank (“the Bank”) has been attached by respondent no. 2, purportedly under Section 83 of the Central Goods and Services Tax Act, 2017 (“the Act”).

By an order passed on 30.12.2020, notice was issued to the respondents and they were directed to file a counter-affidavit. Although time was extended for the said purpose yesterday, Mr. Harpreet Singh, learned counsel for respondent no.2, states that the counter affidavit has been filed only this morning and is thus not on record. However, a copy of the counter affidavit has been supplied to learned counsel for the petitioner and has also been made available to me electronically. Mr. Singh is directed to ensure that the counter affidavit is brought on record during the course of the day.

The Punjab and Haryana High Court, in paragraph 10 of the said decision, and a Division Bench of the Gujarat High Court, in Valerius Industries vs. Union of India, MANU/GJ/1743/2019 (paragraph 44 and 52) have also commented upon the drastic nature of an order of attachment under Section 83, albeit in the context of the subjective satisfaction to be recorded by the authority.

As held in the aforesaid judgements, the attachment of a bank account entails serious consequences to the assessee, particularly in the case of a running concern such as the petitioner herein. The power to attach the bank account must therefore be exercised only in strict compliance with the statutory power, and cannot be extended to cover situations that are not expressly contemplated by the section. Absent the statutory precondition for the exercise of the power of attachment, any order under Section 83 is wholly illegal and unsustainable.

In the present case, without going into the merits of the allegations made against the petitioner, the admitted position is that no proceedings under any of the provisions mentioned in Section 83 of the Act were in fact initiated against the petitioner. In these circumstances, the impugned order dated 25.11.2020/01.12.2020 (Annexure-9 to the writ petition) is ultra vires the statutory powers of the respondent no. 2, and is hereby quashed.

This order will not preclude the respondents from taking such action against the petitioner as they may be entitled to in law, including passing of any orders under Section 83 of the Act in accordance with the conditions of that Section. However, Mr. Rishi assures the Court that the petitioner will supply information and documents to respondent no. 2 as and when called for.

Learned counsel for respondent no.3 will convey this order to the Bank forthwith.

The writ petition is allowed in the aforesaid terms. The pending application also stands disposed of. 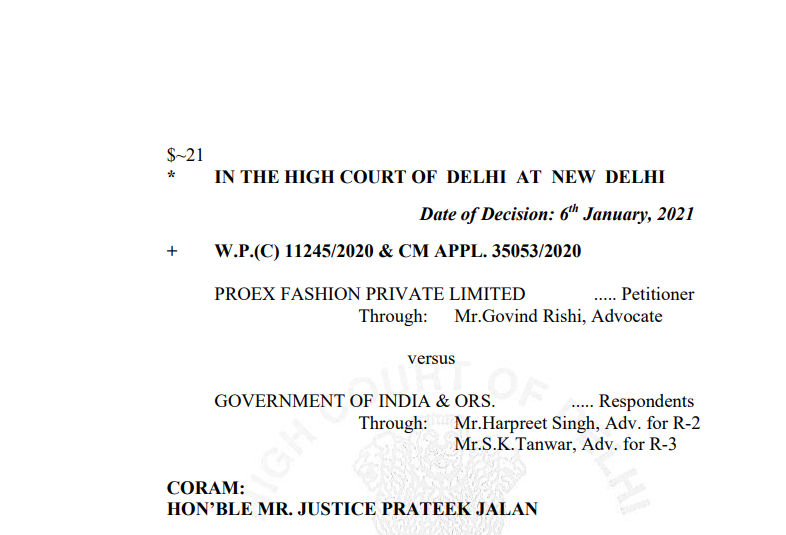