The present petition inter-alia seeks quashing of the impugned Letters dated 31st December 2020 whereby Respondents have directed the Bankers of the Petitioner Company to Freeze and/or Provisionally attach the bank accounts of the Petitioner Company; On 7th January 2021, while issuing notice on the petition, the Court had passed an interim order granting permission to the Petitioner to use the overdraft facility enjoyed from ICICI Bank, Standard Chartered Bank, and Allahabad Bank. Subsequently, the Respondents have filed a status report, wherein several serious allegations have been made against the Petitioner, besides stating that Respondent No. 2  is conducting an inquiry in connection with fraudulent availing of and passing on of ineligible Input Tax Credit (ITC) by the Petitioner.

Today, at the outset, Mr. Harsh Sethi, Advocate appearing on behalf of the Petitioner, submits that since freezing of the bank accounts is causing grave hardship, without going into the merits or demerits on the order impugned in the present petition, the Petitioner is willing to offer valuable security, being an immovable property, which can secure the interest of the Revenue for the tax amount in dispute. He submits that since immovable properties can also be a subject matter of attachment under Section 83 of the CGST Act, 2017 the same be provisionally attached in lieu of the bank accounts in question. He states that the GST Department can examine and investigate the title/ownership and validate the marketability of the immovable property offered, and if they are satisfied that it can protect the interest of the Revenue, the same be attached under Section 83 of the Act and the attachment order in respect of the bank accounts may be lifted. Mr. Sethi further submits that in fact the bank accounts in question are overdraft accounts and cumulatively there is a positive balance of only Rs. 15 lakhs; therefore, the property being offered would better serve the interest of the Revenue. He further submits that freezing of the bank accounts is crippling the Petitioner company as its operations are being severely affected. He further submits his client’s offer is not even being entertained by the GST authorities and prays that the Court may issue a direction to the Respondents to at least consider the said offer.

Having regard to the above, we direct that the Petitioner shall within a period of 7 days from today, submit a proposal to the Respondents, giving the complete particulars along with copies of the complete chain of title documents of the immovable property offered as a security. The immovable property should be of value not less than the tax amount in dispute. It should also be free from any subsisting charge, liens, mortgages or encumbrances, property tax fully paid up to date, and not involved in any legal conflicts. As and when required, Petitioner shall produce the original title deeds, provide all necessary information relating to the property, for the satisfaction of the concerned officer. The Revenue shall consider the proposal and if so required, investigate, and verify the title, ascertain the value and marketability of the immovable property and take a decision on the same within a period of 45 days from the date of receipt of the offer, and communicate the same to the Petitioner. 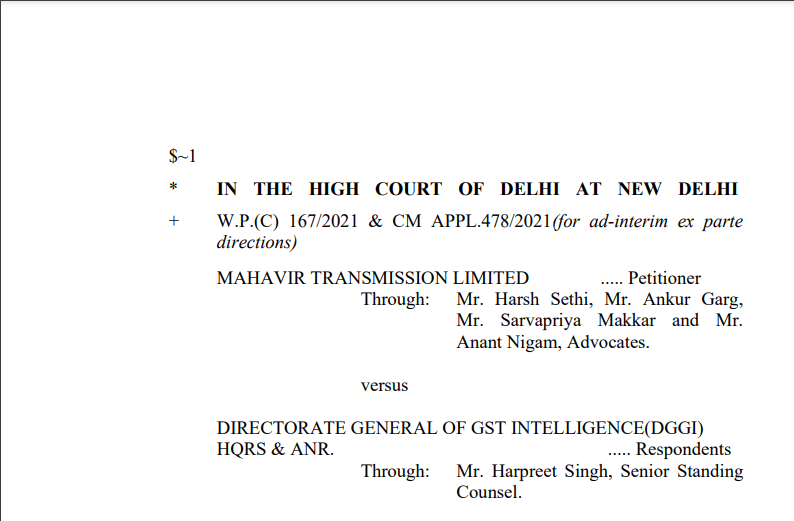