The Indian exporters are in a deep crisis as the second wave of Covid-19 has knocked right at the time just when things were staggering back to normalcy. Figures suggest that the decline in exports was around 7.4% in FY 2020-21 when compared with 2019-20. For FY 2021-22, the Commerce Ministry has set a bold target of $400 billion which is higher than what was achieved in FY 2019-20.

Incidentally, it is not only Covid that has interrupted the export growth of the country, liquidity crisis is also looming over the sector. In 2020, the Government announced the replacement of MEIS benefit with RoDTEP. Moreover, an upper limit of INR 2 crore was prescribed per exporter for claiming MEIS benefit during the period September – December 2020. Notably, MEIS was amongst one of the benefits that were highlighted as non-compliant to the World Trade Organization (WTO) norms and thus it was discontinued. This restriction came as a huge setback for the entire export community especially as it supported 75% of India’s total exports. Apart from discontinuing the benefit, a roaring INR 25000- 30000 crores of benefit under MEIS still remains unpaid to exporters. To make things worse, the IGST refunds were also long delayed. Additionally, no modalities or rates have been prescribed for the RoDTEP scheme to date, which was supposed to replace the MEIS benefit with effect from January 2021. However, if media reports are to be believed, the RoDTEP rates are likely to be announced in the upcoming days. It certainly is a better late, than never scenario. Six months have passed since the scheme was made effective; however, it will only see the light of day now.

This liquidity crisis is severely impacting the medium and small exporters. Due to the non-availability of funds, their operations are affected, resulting in low output and non-execution of orders received. Thus, their capacity to export goods has declined substantially. In such a situation, meeting the INR $400 billion export target may have to be revisited.

On the flip side, the Government itself is lurching from the after-effects of the first wave. It is no secret that the V-shaped recovery is now moving towards a W-shaped recovery. The recent upsurge in the Covid cases has led to lockdowns and restrictions across various key exporting states. The outcome of this is another economic slowdown for the Government, diminishing the GDP even further. Export benefits like MEIS are an out-of-pocket expense for the Government, unlike tax refunds which are a simple reimbursement of taxes. Therefore, benefits like MEIS directly impact the revenue of the administration.

Measures suggested to resolve the issue

The liquidity issues can only be resolved by infusing funds to exporters. This ideally can be done in either of the two ways:

While the former solution may not be feasible for the obvious reasons stated above, the latter can be definitely explored.

The Federation of Indian Export Organization (FEIO) or the exporters body had suggested the Government to issue tax-free bonds to exporters in lieu of their outstanding refunds.

However, the Government in a novel move is considering offering the exporters liquidity in a different form. The Centre is deliberating providing an undertaking to exporters against their dues. Such an undertaking can then be used as security by the exporters to borrow from banks at a repo rate of just 4%. The Commerce Ministry is expected to submit a proposal to this effect to the Ministry of Finance and we could be soon seeing a momentous decision in this respect.

As a welcome measure, a few days back, the Customs department issued an instruction viz. Instruction no. 10/2021-Customs dated 13 May 2021 announced a special drive to dispose of all Customs refund, IGST refund, and Customs duty drawback claims which are pending as of 14 May 2021. This drive will be effective from 15 May 2021 to 31 May 2021. Not that the Centre is not trying hard to ease out the liquidity crunch for the export community, the efforts are somehow falling short.

In these difficult times, it is of utmost importance to provide necessary support if not a stimulus to the trade and industry. Export specifically needs even more special attention as it is one of the key drivers of the GDP growth of the country. India has shown stellar performance in the last decade, as far as exports are concerned. If basic support is not provided to the sector at this crucial time, we could witness a steep decline in exports of the country, to revive which may become challenging!

The authors are Jigar Doshi – Founding partner at TMSL and Sagar Shah – Associate Director at TMSL. The views are personal. The authors can be reached at jigar.doshi@tmsl.in. 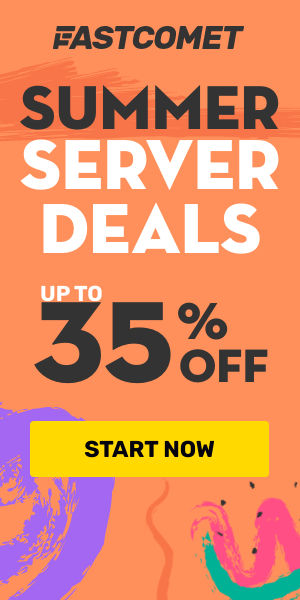