The Petitioners, minority shareholders of Tata Sons Limited (“Company”), holding 18.37% equity shareholding in the Company had filed a company petition before the NCLT against the Company, Mr. Ratan Tata (former chairman of the Company), Mr. Noshir Soonawala (a trustee of Tata Trusts) and various other persons, wherein they had alleged acts of oppression and mismanagement in the affairs of the Company which includes grounds of expulsion of Mr. Cyrus Mistry.

Further, other allegations were raised by the Petitioners during the proceedings, which include that the articles of association (“AOA”) of the Company were oppressive against the Petitioners. Furthermore, it was also alleged by the Petitioners that Mr. Ratan Tata was involved in insider trading and was abusing his powers by acting as a shadow director (along with Mr. Noshir Soonawala), funding terrorist activities, enriching other parties at the cost of the Company, etc.

Hence, based on the abovementioned allegations, the Petitioners sought relief under Sections 241-244 of the Companies Act, 2013 (“Act”).

Key highlights of the judgment are summarised below:

The concept of shadow director has not been incorporated in the Act or the Companies Act 1956. However, the concept has been included in the definition of “officer who is in default” under Section 2(60) of the Act which deals with causing default through the board of directors. Therefore, the NCLT dismissed the allegation of the Petitioners on the ground that advice and suggestions of Mr. Ratan Tata and Mr. Noshir Soonawala as shadow directors deserve no merit to be treated as actions falling under Section 241 and 242 of the Act. Further, NCLT stated that any advice and suggestions by shareholders of the company should be treated for the benefit of the company and not as interference, as long as it is not fraught/accompanied with a mala fide intention. Once the advice (solicited or unsolicited) is accomplished through the company’s board of directors then, the board members privy to the approval cannot complain over the same. Thus, NCLT held no merit on the allegation on the ground of interference of Mr. Ratan Tata, who is the Chairman of majority shareholders of the Company and Mr. Noshir Soonawala, who is one of the trustees of the Tata Trust.

2. Expulsion of Mr. Cyrus Mistry as executive chairman of the Company in violation of the principle of justice, transparency and righteousness.

Further, the NCLT held that the contention of Petitioners regarding the violation of AOA of the Company or any provisions of the Act in removing Mr. Cyrus Mistry should be dealt by the court of civil law in order to possibly declare such action as invalid in the eye of the law if any.

3. Corporate governance lapses and breach of fiduciary duty by the board of directors of the Company.

4. Conflict of interest in the nominated directors of Tata Trust in attending the meeting who brought a motion for removal of Mr. Cyrus Mistry as executive chairman.

The NCLT stated that if any of the shareholders or directors give any requisition for removal of the director or executive chairman, it cannot be said that since they have an interest in the removal they shall abstain from attending the board meeting and voting. The interest that has been mentioned in Section 166 and 184 of the Act should be taken in the spirit that it has been mentioned with respect to commercial transactions. Thus, the NCLT found no merit in the allegation of the Petitioners in this regard and dismissed the same.

5. Act of oppression and mismanagement in the removal of Mr. Cyrus Mistry from the position of director.

The NCLT did not find any merit in the allegation of the Petitioners that the removal of Mr. Cyrus Mistry from the position of director falls within ambit of Section 241 of the Act and held that Mr. Cyrus Mistry was removed from his position as a director due to the fact that he had leaked the sensitive information of the Company to the media, admittedly sent the Company’s information to income tax authorities and openly came out against the board of directors and the trusts of the Company.

6. Business of Nano car project continued to be undertaken by Tata Motors Limited (“TML”) upon persistence of Mr. Ratan Tata, incurring huge loss to the Company and further divulging sensitive information of TML to Jayem Automotives Private Limited (“Jayem Auto”), by Mr. Ratan Tata in which he made a significant investment.

The Petitioners failed to prove that Mr. Ratan Tata was resisting the closure of the Nano car project. Further, the Petitioners also failed to provide any material evidence to show that the regular meeting of Mr. Tata with Mr. Anand, who is managing director of Jayem Auto, was to do some harm to TML and that Jayem Auto profited at the cost of TML on account of Mr. Ratan Tata leaking commercially sensitive information of TML if any. Thus, the NCLT dismissed the aforementioned allegation of the Petitioners. 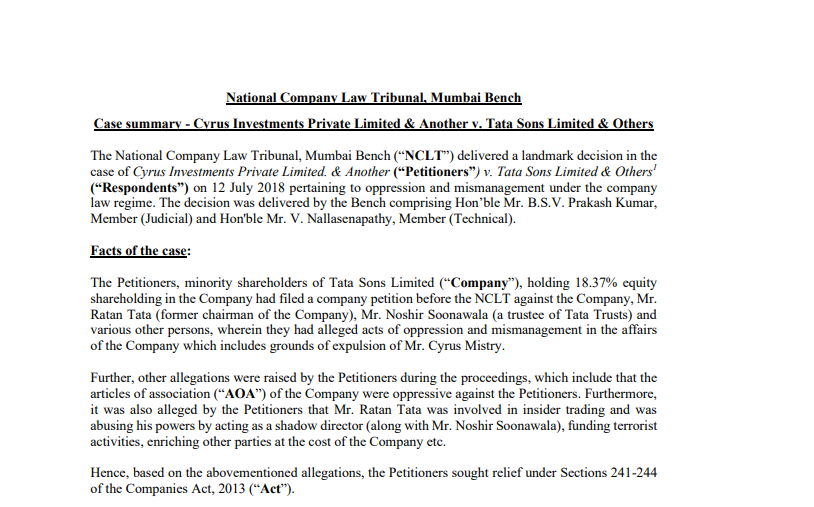 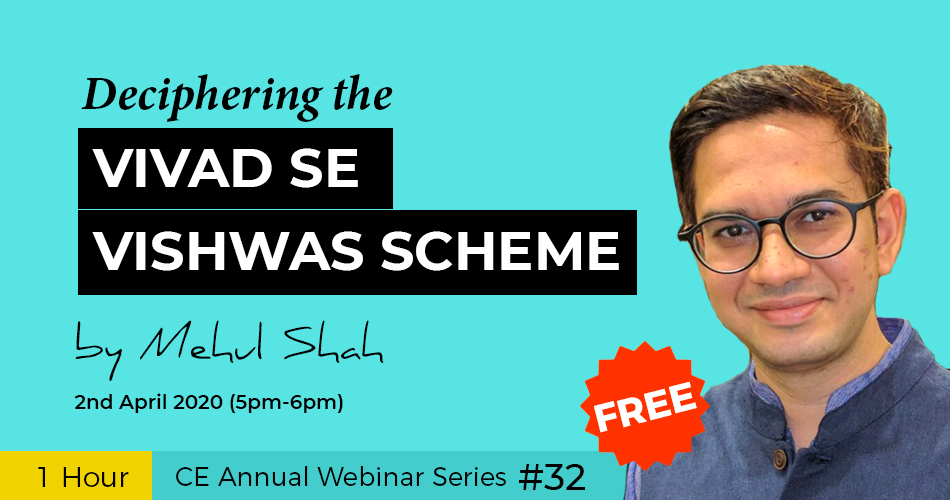 can we collect the GST from our customer on that plot