Order: Extension of time for Holding of Annual General Meeting (AGM) for the Financial Year ended on 31.03.2020

Related Topic:
Draft Board Resolution for Extension of AGM 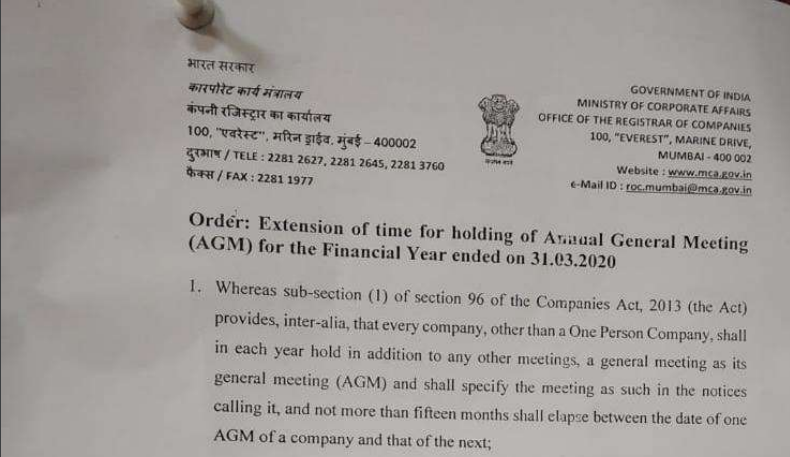