2. In the Companies (Management and Administration) Rules, 2014, (herein after referred to as the said rules), in rule 11, for sub-rule (1), the following sub-rule shall be substituted, namely:-

(a) in the said rule, for rule 12, the following rule shall be substituted, namely,-

“12. Filing of Annual Return with Registrar.- A copy of the annual return shall be filed with the Registrar with such fees as may be specified for this purpose.”.

(b) in the said rules, in rule 20, after proviso in sub-rule (2), the following explanations shall be numbered namely,-

“Explanation-I.– For the purpose of this sub-rule, “Nidhi” means a company that has been incorporated as a Nidhi with the object of cultivating the habit of thrift and savings amongst its members, receiving deposits from and lending to, its members only, for their mutual benefit, which complies with such rules as are made by the Central Government for the regulation of such class of companies.

Explanation.II.– For the purposes of this rule, the expression- 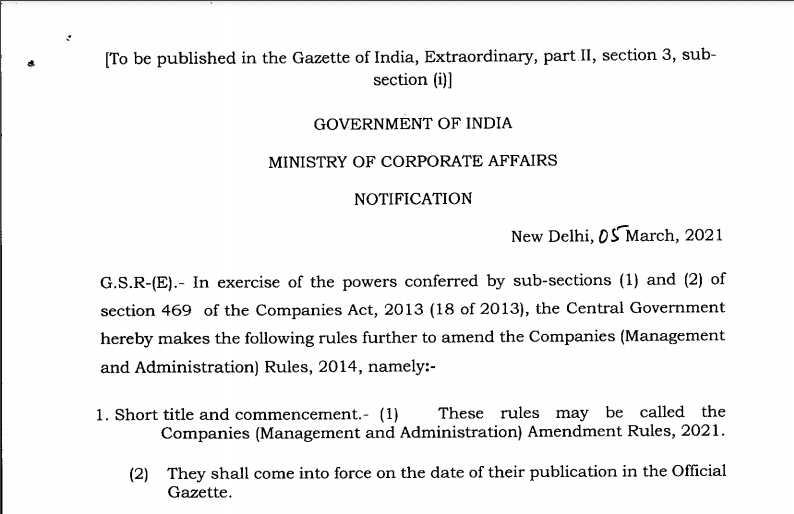 
Where to submit B2C purchase in GSTR-2