G.S.R. 774(E).—In exercise of the powers conferred by section 149 read with section 469 of the Companies Act, 2013 (18 of 2013), the Central Government hereby makes the following rules further to amend the Companies (Appointment and Qualification of Directors) Rules, 2014, namely:-

1. (1) These rules may be called the Companies (Appointment and Qualification of Directors) Fifth Amendment Rules, 2020.

(i) for the words “one year from” the words “two years from” shall be substituted;

(ii) for the first and second proviso, the following provisos shall be substituted, namely:-

“Provided that an individual shall not be required to pass the online proficiency self-assessment test when he has served for a total period of not less than three years as on the date of inclusion of his name in the data bank,-

(A) as a director or key managerial personnel, as on the date of inclusion of his name in the databank, in one or more of the following, namely:-

(a) listed public company; or

(b) an unlisted public company having a paid-up share capital of rupees ten crores or more; or

(c) body corporate listed on any recognized stock exchange or in a country which is a Member State of the Financial Action Task Force on Money Laundering and the regulator of the the securities market in such member State is a member of the International Organization of Securities Commissions; or

(d) bodies corporate incorporated outside India having a paid-up share capital of US$ 2 million or more; or

(e) statutory corporations set up under an Act of Parliament or any State Legislature carrying on commercial activities; or

(C) in the pay scale of Chief General Manager or above in the Securities and Exchange Board or the Reserve Bank of India or the Insurance Regulatory and Development Authority of India or the Pension Fund Regulatory and Development Authority and having experience in handling the matters relating to corporate laws or securities laws or economic laws :

Provided further that for the purpose of calculation of the period of three years referred to in the first proviso, any period during which an individual was acting as a director or as key managerial personnel in two or more companies or bodies corporate or statutory corporations at the same time shall be counted only once.”;

(b) in the Explanation, in item (b), for the words “sixty percent”, the words “fifty percent” shall be substituted. 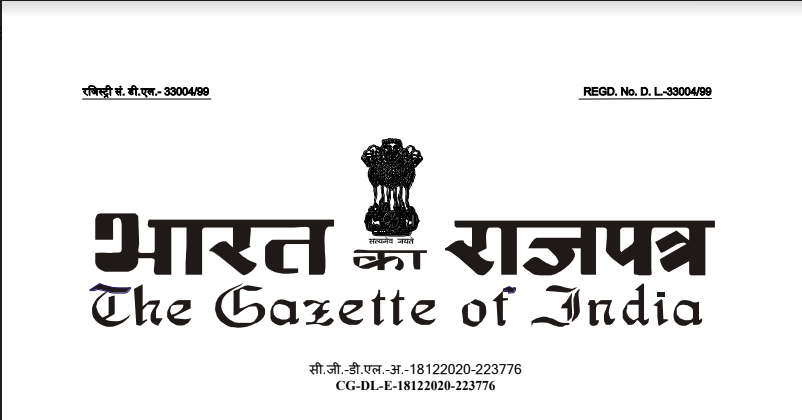 
error in filling statement 3 of RFD 01A